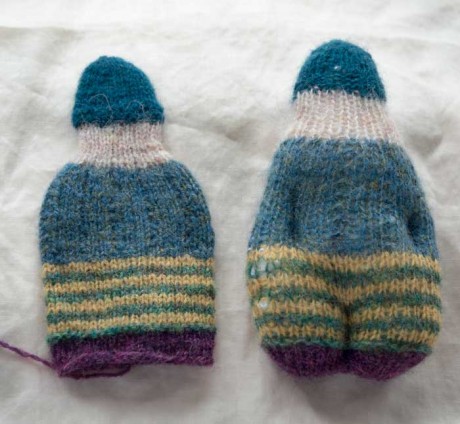 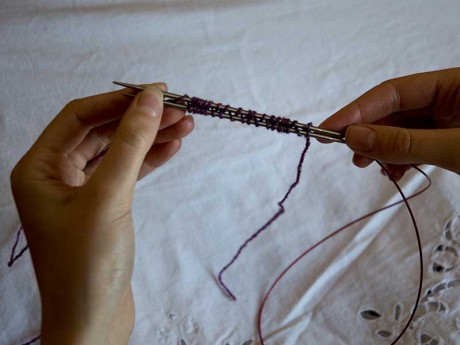 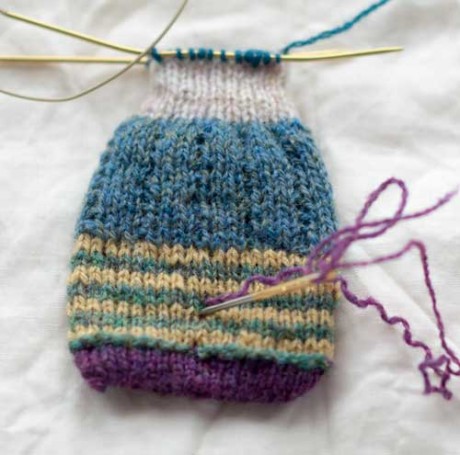 Ouch! Sewing up the indent between Bertie’s legs.  We’ve added a sewing thread in with the spindrift so we can pull tight,  without breaking the yarn. 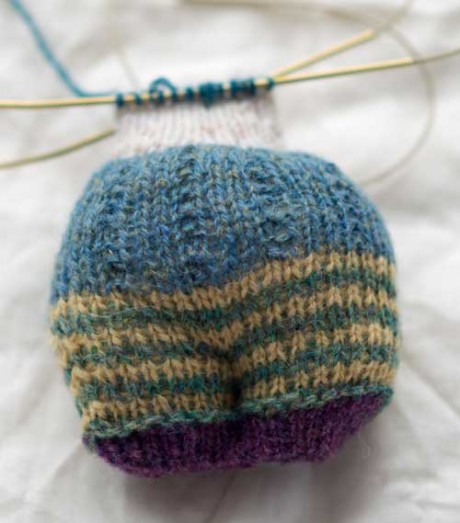 The stuffing is bulging beyond his waistband (we know how that feels) but we’ve only stuffed up to his waist. 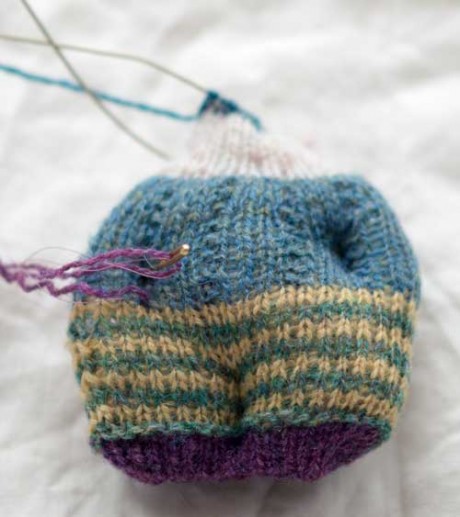 The colour doesn’t match his body but it won’t show in the indents. 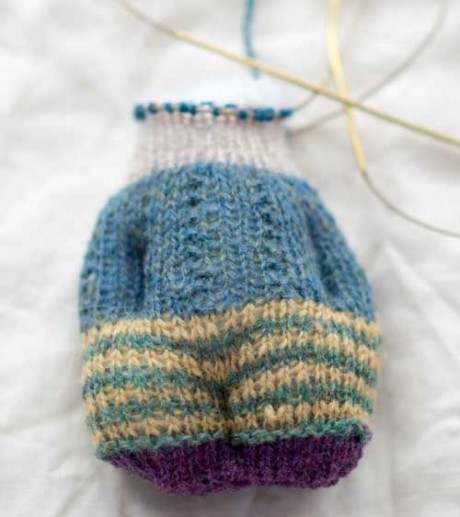 Use a pencil end to poke stuffing into the areas you want it. 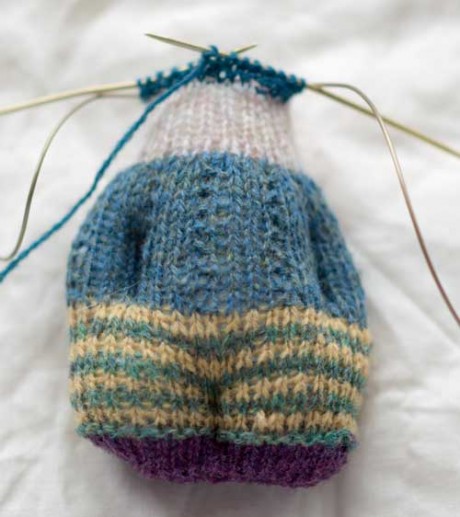 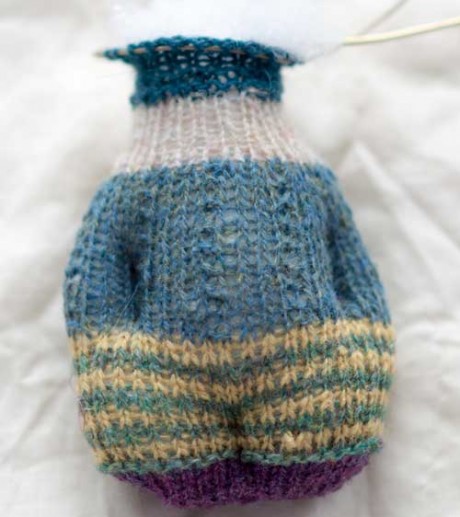 His brains are popping out. Keep the zombies away! 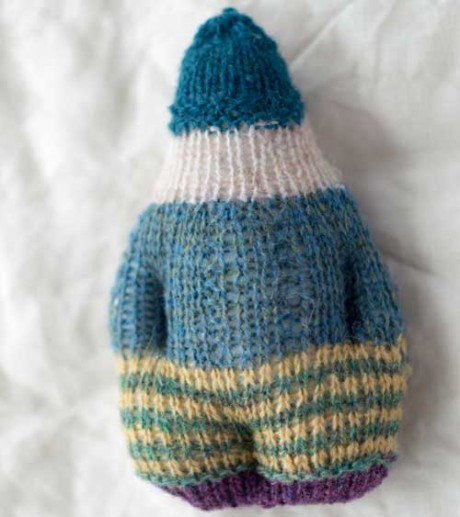 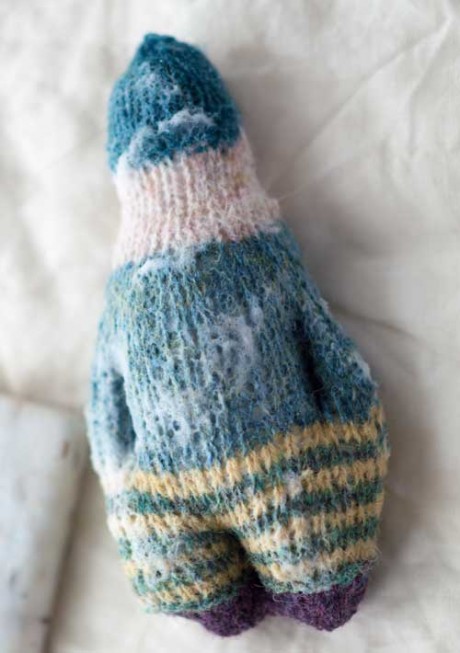 On the right, Bertie is all dried out after his martini. 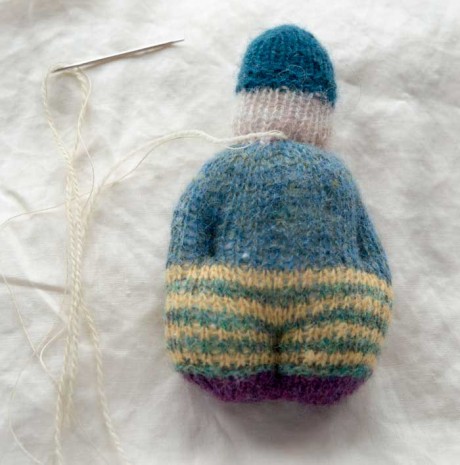 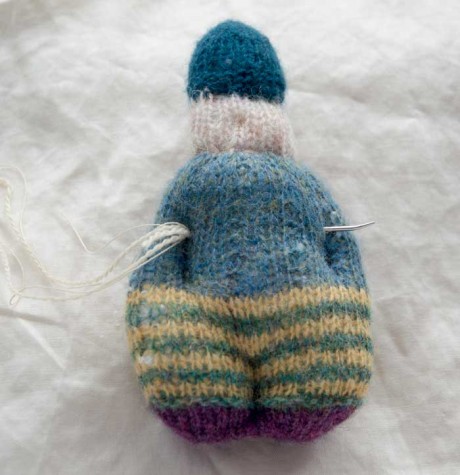 Adding a bit more shaping to his torso with soft sculpting. 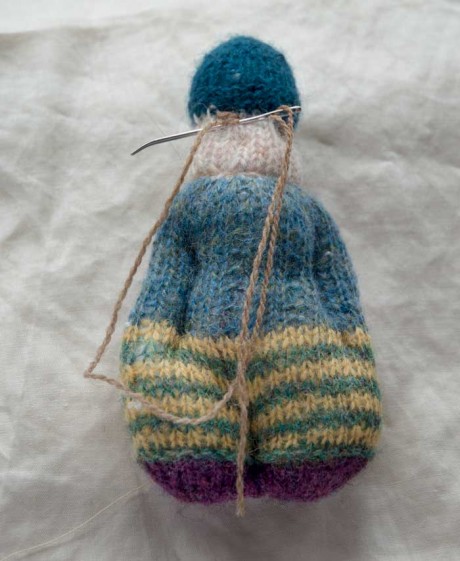 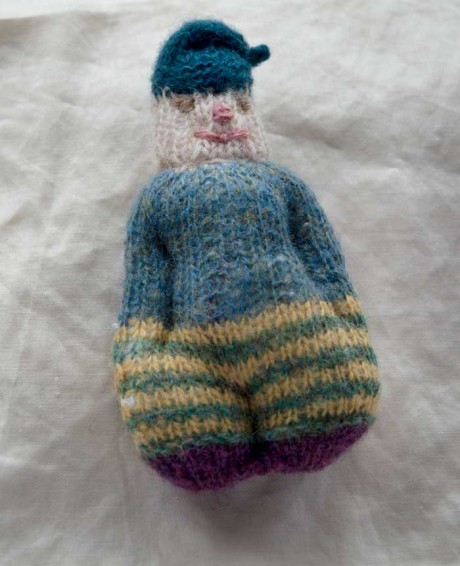