Hidden in Plain Sight – in honour of Black History Month 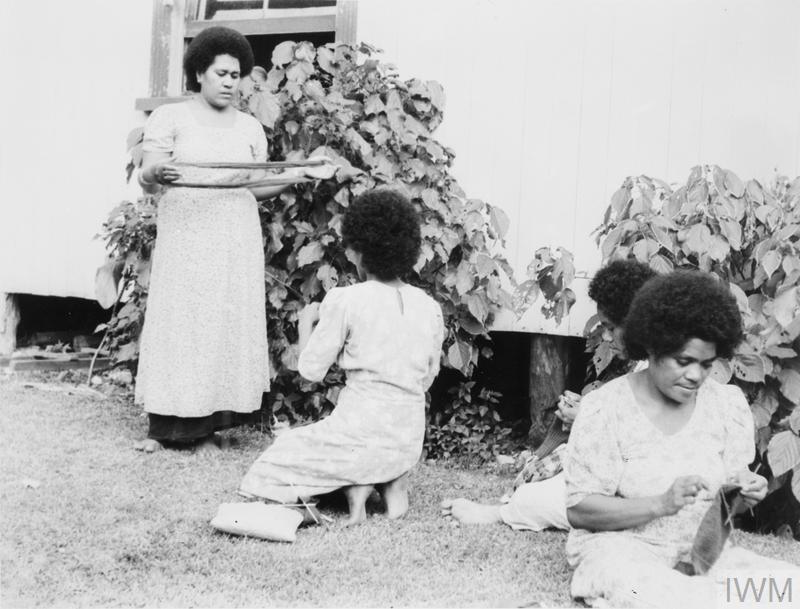 This week we are sharing an article written for us by Lorna Hamilton-Brown, in honour of Black History Month here in the UK. We are extremely thankful to Lorna for her work on the subject of documenting and exploring the experiences of black knitters.

I am Lorna Hamilton-Brown – a black British artist whose main medium is knitting. Much of my work involves dispelling the myths surrounding who knits. This passion is driven by the fact that on several occasions people have said to me that they didn’t know that black people knit. I think part of the reason why people make such remarks is because people from the African diaspora are not visible across the history of knitting. Also, until the recent debates online about diversity, inclusion and racism in the knitting and crochet community, it was rare to see a black person in a knitting or crochet magazine. If one were featured, inevitably they would be the knitwear model, not the designer or maker.

To counter the statement I wrote my Masters dissertation entitled Myth – Black People Don’t Knit: the importance of art and oral histories for documenting the experiences of black knitters. Through my research I learnt how important it is to capture the hidden history of black knitters. Often evidence of black knitters is hidden in plain sight in literature and art and can be overlooked all too easily. Representation is hugely important. When you find yourself not represented you yearn for anything that validates your existence.  As Sir Lenny Henry said when he was recently interviewed by June Sarpong, MBE at Birmingham City University, ‘You can’t be what you can’t see.’ 1

One example of literature which includes representations of black knitters is Andrea Levy’s novel ‘Small Island’.  Her prize-winning novel tells the story of Hortense and Gilbert, who migrate from Jamaica to London in 1948, and an English couple, Queenie and Bernard, in whose house they lodge. Inevitably the novel covers the war years. Levy explained that this time period was important to her ‘Caribbean people got left out of the telling of that story, so I am attempting to put them back into it’.2  Levy was keen that her novel should not be told from solely a Jamaican point of view but from a shared black and white perspective.

When I was growing up, I never realised that black people fought in the World Wars as I had not seen any pictures depicting them. It’s only in recent years that images have emerged and the hidden stories of the black people who served in the Wars are being told. To acknowledge their contribution a black poppy called Black Poppy Rose was Launched in 2010 by Selena Carty.  It represents the contribution made by African/Black/Caribbean/Pacific Island communities to various wars since the 16th century. These hidden contributions include the labour of those many black knitters who knitted for the troops and served their part.

Some of the 150 members of the Fiji Military Forces Knitting Circle. This is a branch of the Fiji Knitting and Sewing Circle and was formed when members began to teach relatives and friends of men in the armed forces of Fiji to knit socks for the troops overseas.

Like the Black Poppy, Andrea Levy’s novel gives visibility to black British experiences of war. In chapter Eight Hortense describes how she and her best friend at teaching college, Celia Langley, would sit in bed and have private conversations. ‘These were always accompanied by the gentle clatter of her knitting needles as she fashioned socks for men who, like Michael, were travelling to England to fight in the war.’

The character Hortense is based on Andrea’s mother  – maybe she was a knitter. I know from speaking to my Jamaican mother who was born around the time of Andrea’s mother that women in Jamaica did knit socks and other items for the troops. Sadly, very little of this wartime knitting has been documented. Andrea is known to have done extensive research for her books  – ‘Small Island’ took over four years to research and write. There is nothing to suggest that the knitting references in ‘Small Island’ are not plausible. Andrea herself studied textiles at Middlesex University and had a job as a costume designer which might explain her detailed observation of her characters’ knitting.

Like British women, women from the Caribbean answered the call to join the war effort by ‘knitting thousands of garments…’3 Levy makes reference to this historical fact when Hortense remarks ‘After that I decided to join in Celia’s war effort by starting to knit the only thing my talent would allow – long plain strips.’  It is interesting to note the juxtaposition of what the white woman, Queenie is described as knitting ‘…[she] had us all knitting blankets and scarves for missionaries and starving black babies.’

Describing the women arriving off the boat to meet their men waiting for them Levy writes ‘Black men in dark, scruffy coats with hand-knitted scarves.’  The addition of the detail that the scarves were hand-knitted makes me wonder who made them. Were they knitted by the men themselves – soldiers were encouraged to knit – or by British women as a goodwill gesture for foreigners coming to a cold country; or were they knitted by women from the Caribbean?

In 2009 ‘Small Island’ was selected as one of the defining books of the decade by the Guardian newspaper.4  I think this postcolonial, historical novel is one of the most important books for describing the experiences of Caribbean knitters during Wartime. My parents left Jamaica in the 50’s and like Levy I was born here, so her writing resonates with me on a personal level.  Levy raises awareness of the intricately intertwined histories of Britain and the Caribbean. This history is different from the African-American experience. I love how Levy intentionally paints a picture of the commonality of womens’ war knitting experiences from the black gaze – exposing what was hidden in plain sight.