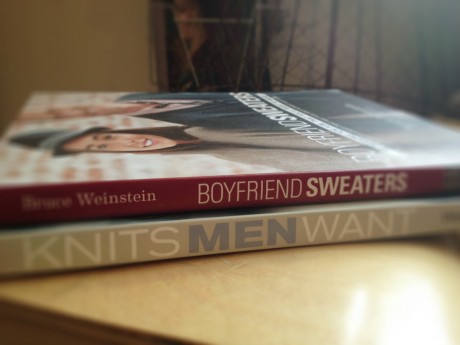 Gift knitting time is upon us (for those of us organised enough to be thinking ahead!), and there may be a man or two in your life who’s been hinting that he’d like a hand-knitted scarf or sweater. Or, hey, you may even be a man who knits! We know it can sometimes seem like there are more great new women’s patterns everyday, while men only get thrown a measly few patterns a year. This week we’re here to tell you there are some fabulous knitting patterns out there for men if you know where to look, as well as give you some tips on knitting for guys.

One of the most exciting things to happen to knitting – whether you’re knitting for men or women – is Jared Flood of Brooklyn Tweed. After publishing designs on his blog, he started his own yarn company, and with it began releasing classic, beautiful patterns for men and women. He recently released a collection, simply titled “Men” which includes patterns for all levels of knitter wanting to create knits that will actually get worn!

Another of our favourite designers, Norah Gaughan of Berroco Yarns, published a similarly titled collection a few years ago, which remains a firm classic at Loop today. 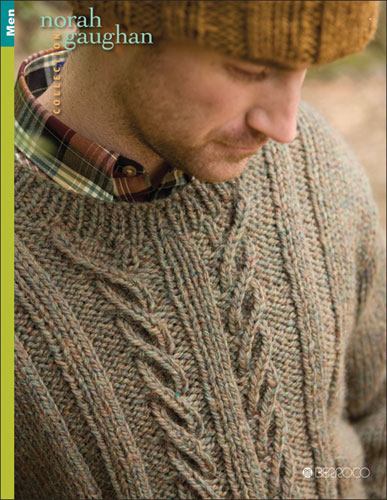 Berroco have also recently released a collection of classic knits for men and women including these two great designs from that booklet: 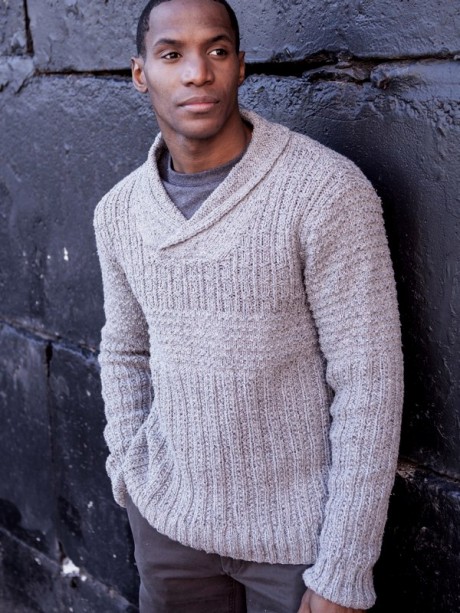 Lucky us, we now have two great books of guy’s patterns in stock. James, one of our knit night regulars and an absolute expert on the subject of men’s knits, recommends Knits Men Want. 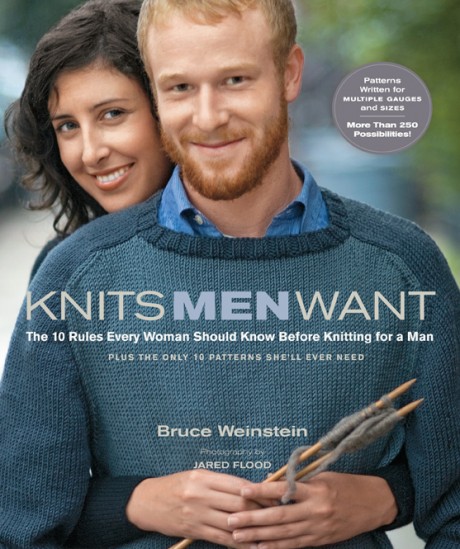 Though the tagline says, “The 10 Rules Every Woman Should Know Before Knitting for a Man”, James reckons this book is great for guys themselves too!

We also recently received Boyfriend Sweaters. The tagline on this one is, “19 Designs for Him that You’ll Want to Wear”. So if you’re a woman knitting for a guy and are worried he won’t wear it, knit one of these and you’ll have a back up plan for it! 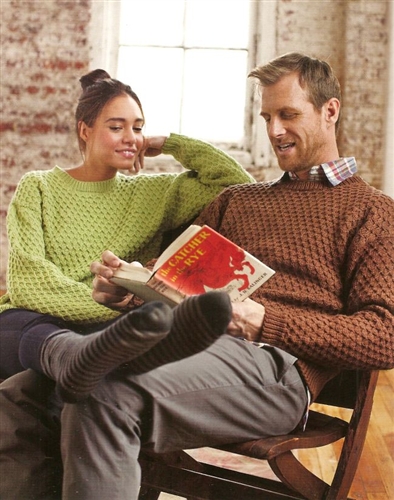 Quince & Co also do some great knits for men, like these Masse Mitts. 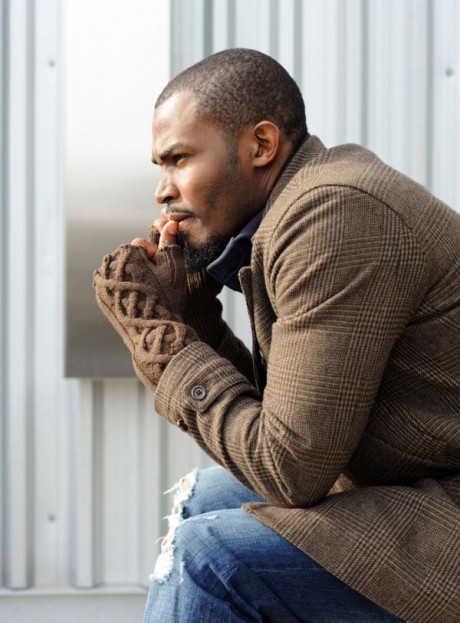 Our tip for knitting for men is to not let the photos in the pattern limit you. A hat, scarf or mittens pictured on a pattern may be featured on a woman, but might look equally great on a man. Just be sure to pay attention to the finished dimensions to make sure the size of mittens or hat you’re making will fit a man’s measurements. Scarves of course are no problem! We think this is a great example of an accessory modelled by woman that would look great on a man.

We asked our expert James for his idea of a great men’s pattern. He actually chose a pattern that works great on men and women – the Sockhead Hat (link to Ravelry). This pattern takes under 100 g of a 4 ply or sock yarn and could look really rustic in  Brooklyn Tweed Loft or rather  sophisticated in smooth wool/silk blend like Quince & Co Tern.

Now if you’re looking for something really manly, you’re in luck because Burly Spun is now back in stock! (See what we did there?!) Burly Spun is our chunkiest yarn and great for big accessories, like our free Grey Owl Cowl pattern, which we think could look really great on a man who likes his knits big. A nice chunky scarf in moss stitch would be just as great!

Do you have tips on knitting for men? Leave us a comment with your advice!

2 Comments on “Knits for Men”